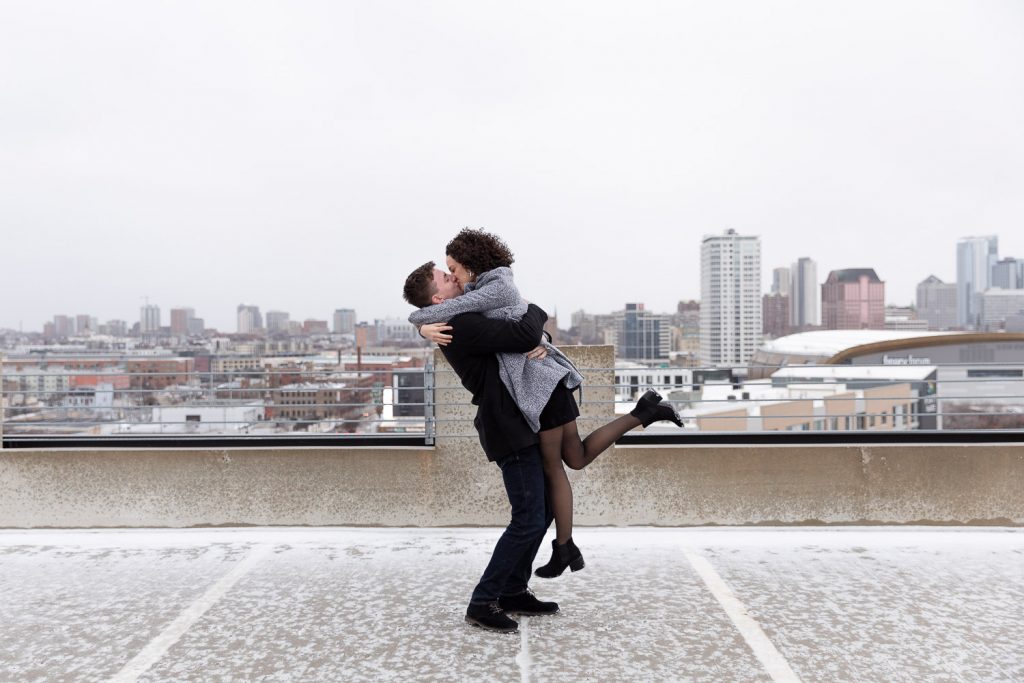 Let me introduce you to Stephanie and Carter! They are currently planning their wedding and will be getting married next August at the Club at Lac La Belle! 🙂 Not only am I extremely grateful to be able to document their wedding, but I am so appreciative that they made the journey back to Milwaukee so that I could capture their winter engagement session and get a few good pics for their Save-the-date! 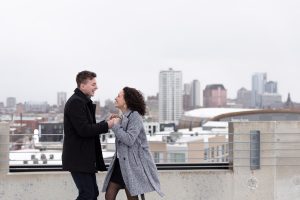 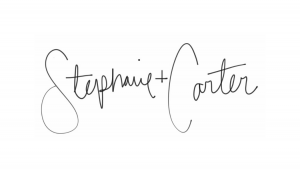 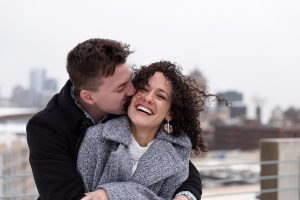 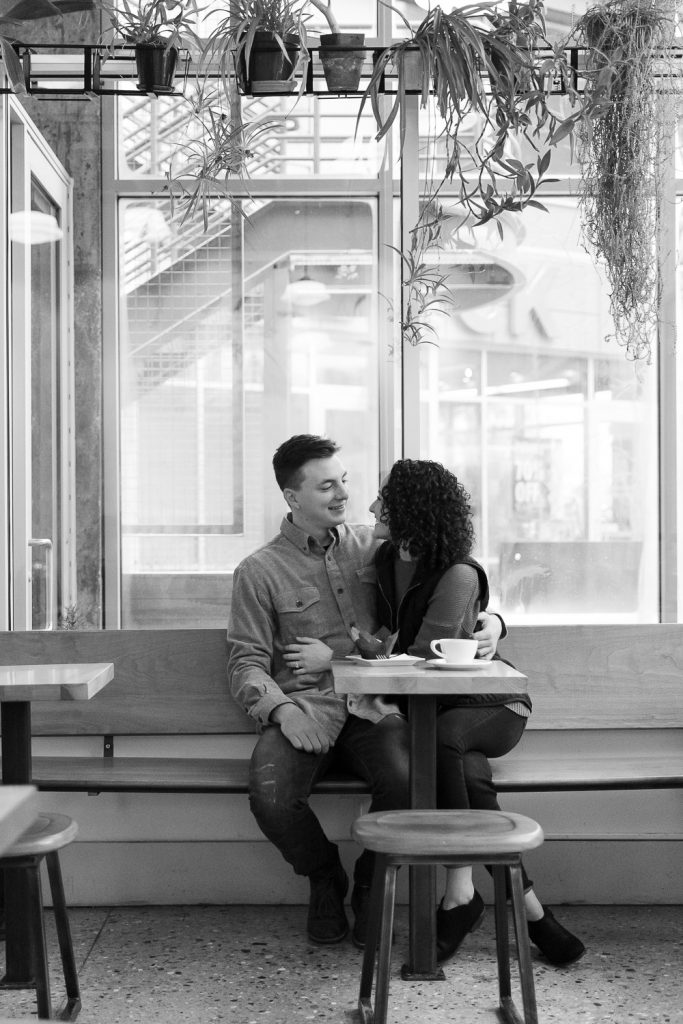 Stephanie and Carter met and started dating while attending college in Ohio. Then, last December (after two years of dating), Carter popped the question while visiting her back at school. After a fancy dinner downtown, they were enjoying a romantic stroll next to the river when Carter got down on his knee and asked Steph to marry him! Of course, she said ‘yes!’ Little did she know that a large group of friends was hiding close-by just waiting to run-up and smother them with celebratory love.

For their winter engagement session, Stephanie and Carter wanted a different choice of scenery compared to the countryside where they’ll be getting married. Therefore, we met-up downtown Milwaukee to document their love. 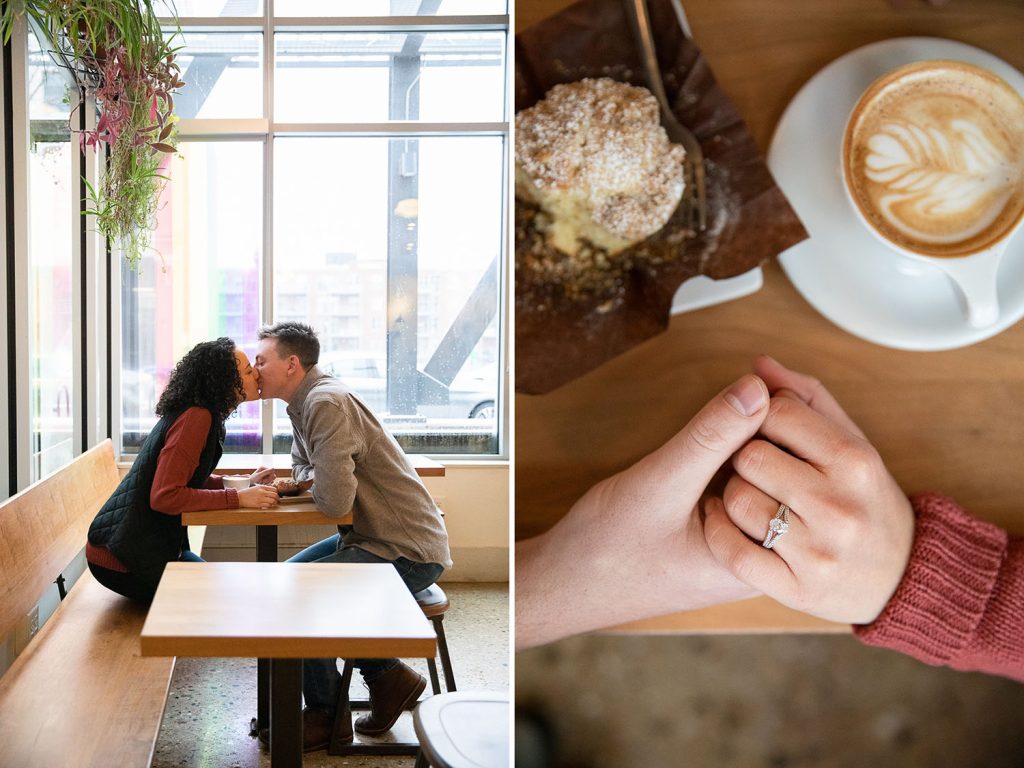 We started the day off at Kickapoo coffee. Stephanie and Carter’s cafe order was no different on the day of their engagement session as compared to a typical ‘coffee shop work date.’ Stephanie ordered a latte and Carter ordered a pastry. 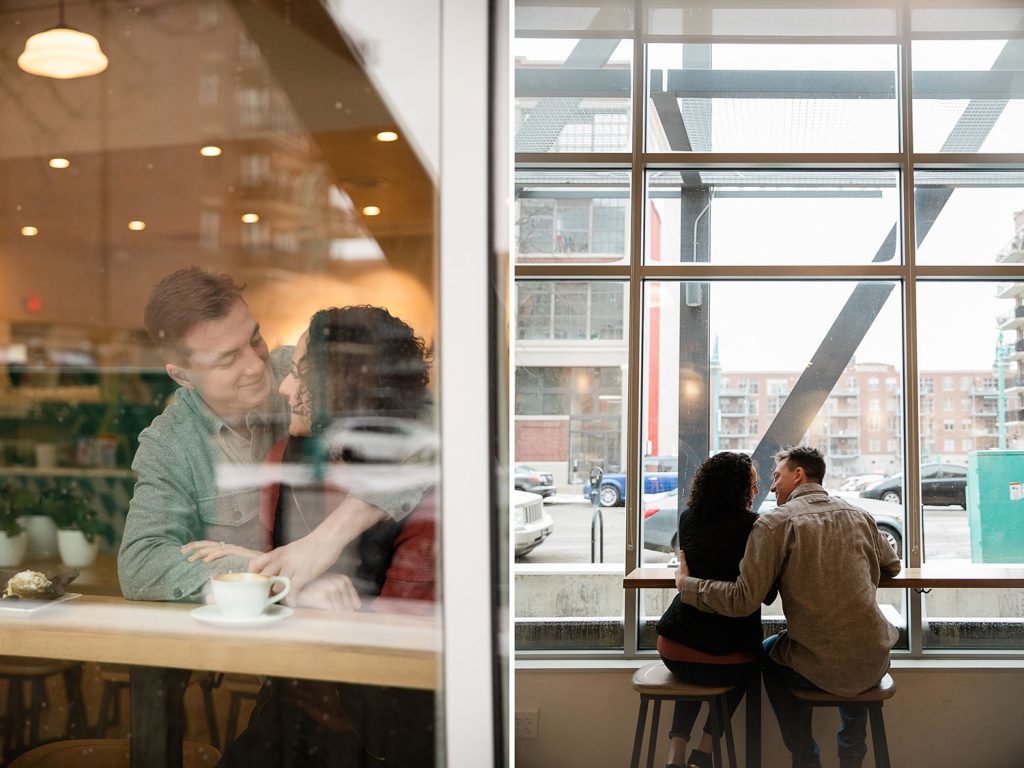 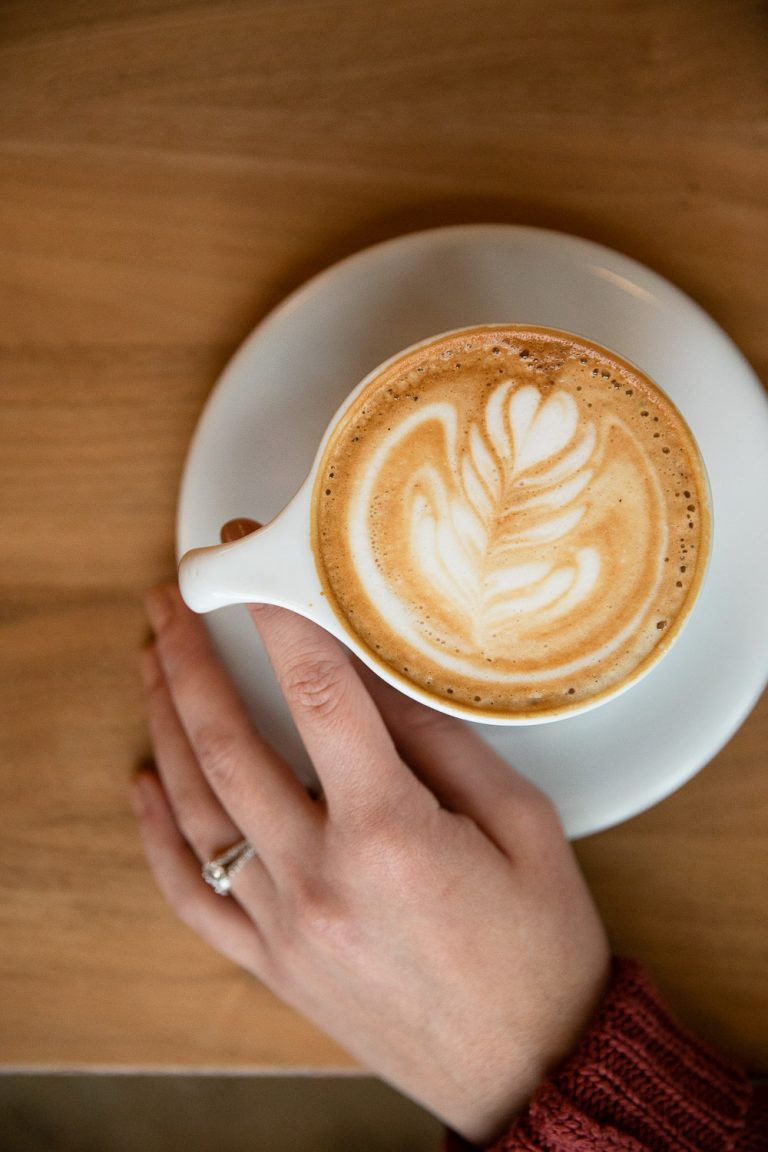 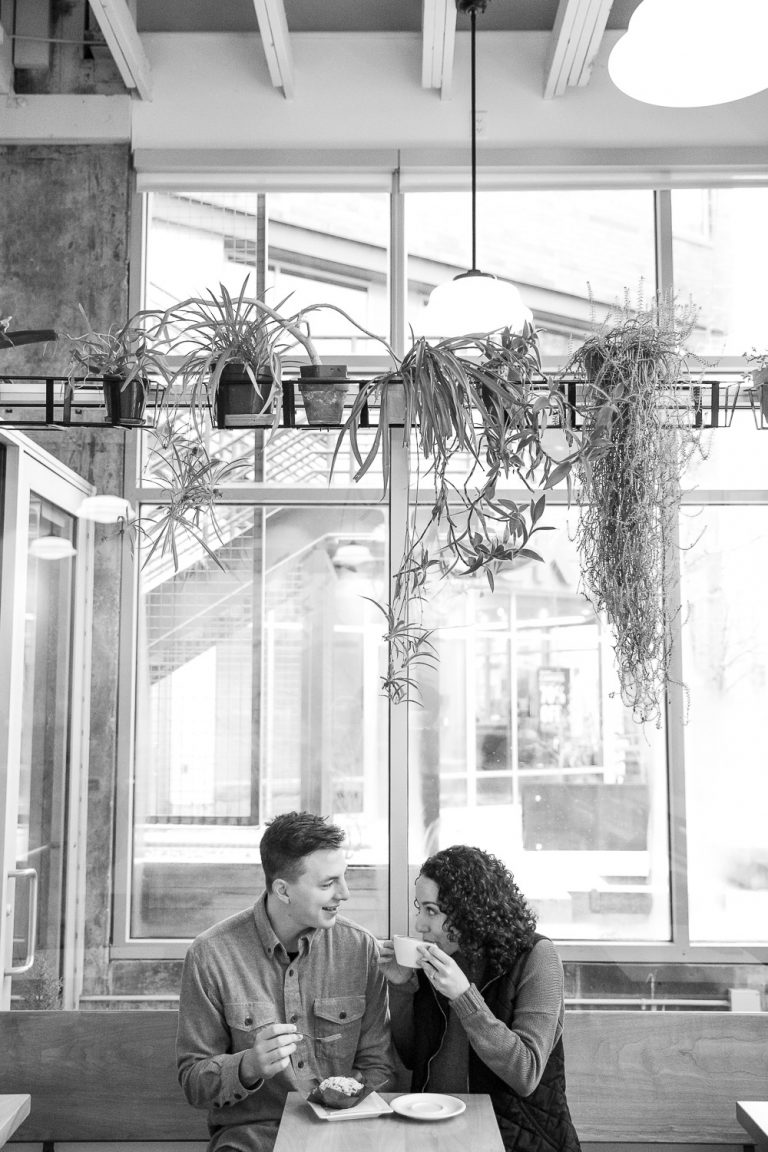 Thanks to the less than ideal weather conditions, Kickapoo coffee was not too busy. Therefore, we had an entire corner of the cafe to ourselves! 🙂

Side note: this coffee shop has thee best windows and a ton of plants. #happyplace 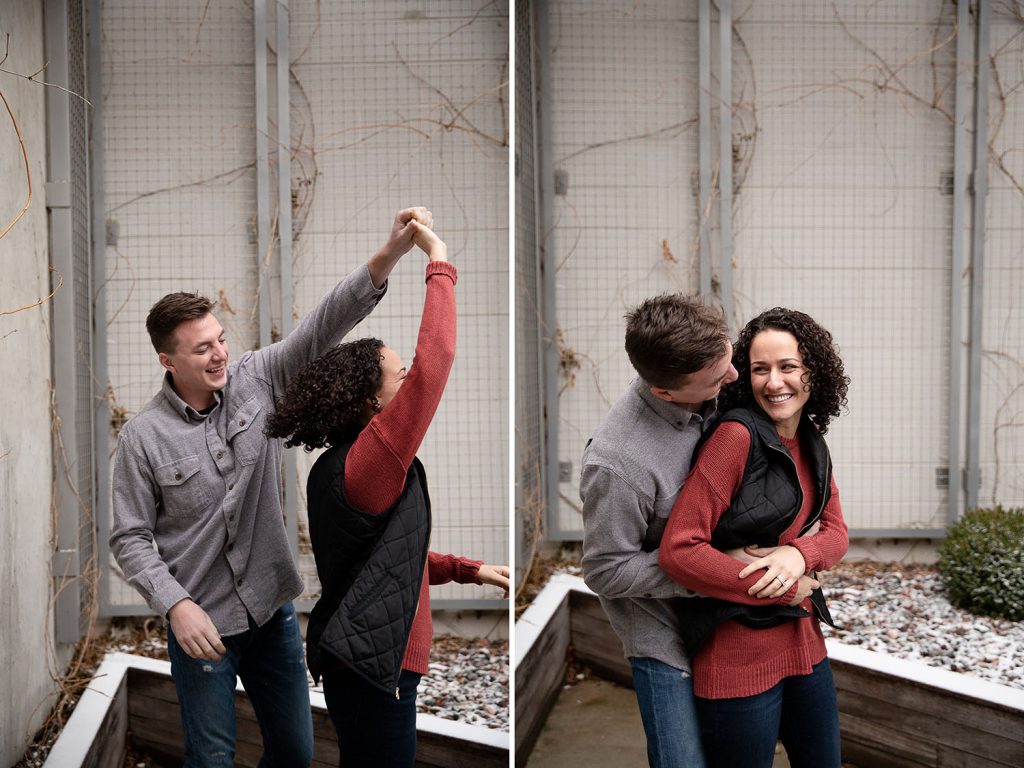 Soon after they changed outfits, we headed to a different part of the city near Pabst Brewery. 100% chance of snow and plenty of wind gusts, but Ben Rector radio kept our hearts happy and a local apartment vestibule kept our hands warm(ish). 🙂 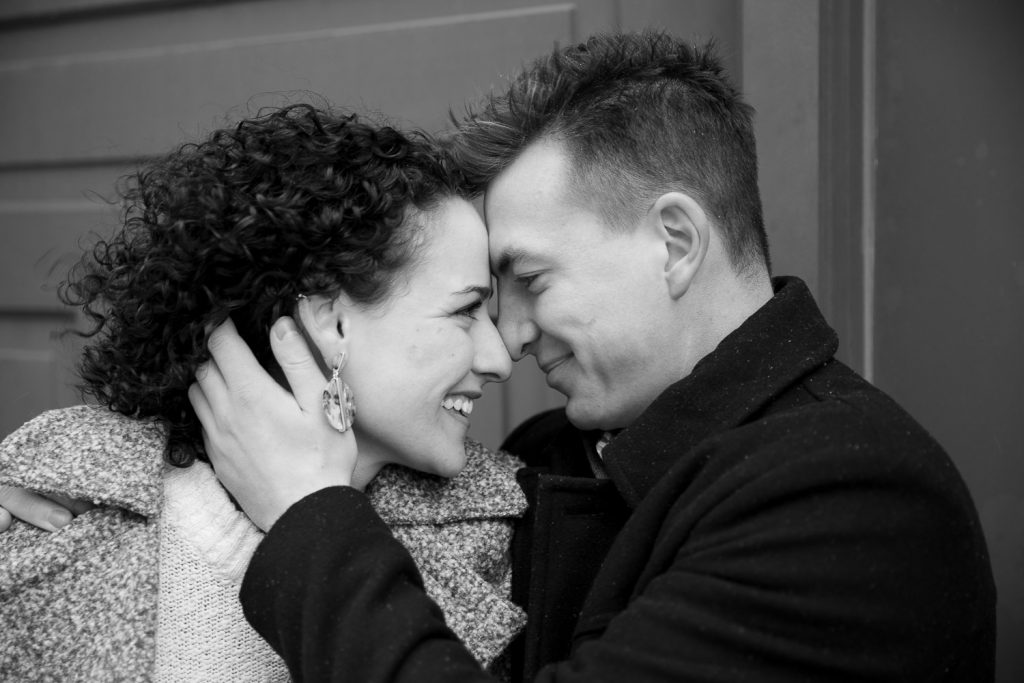 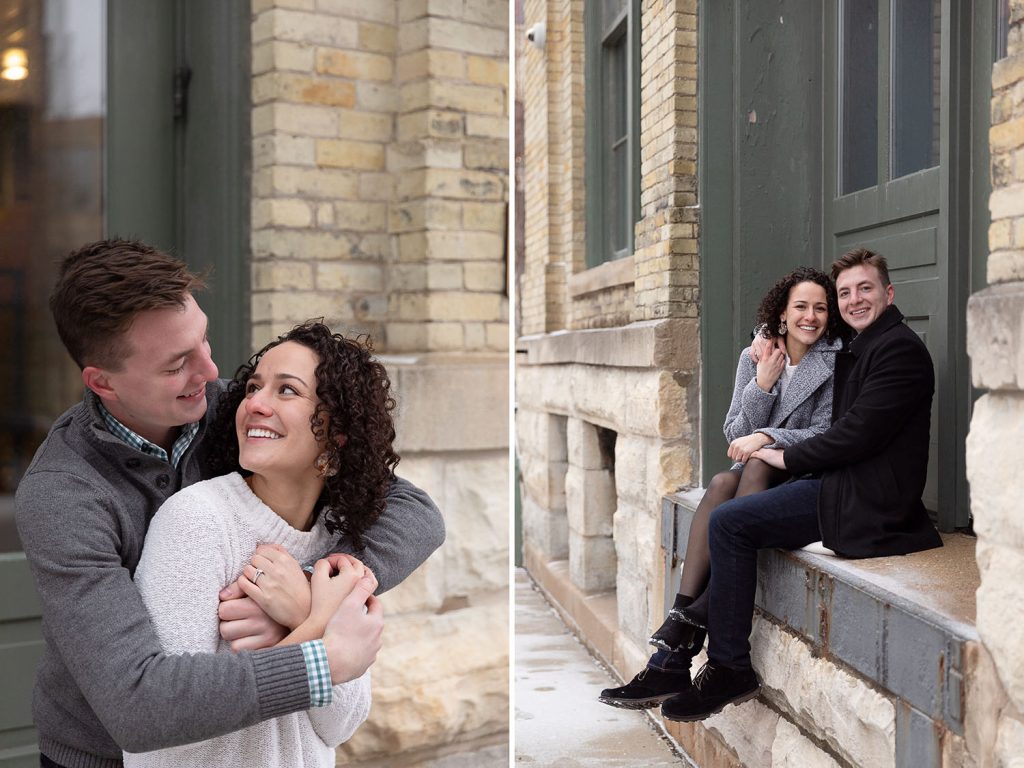 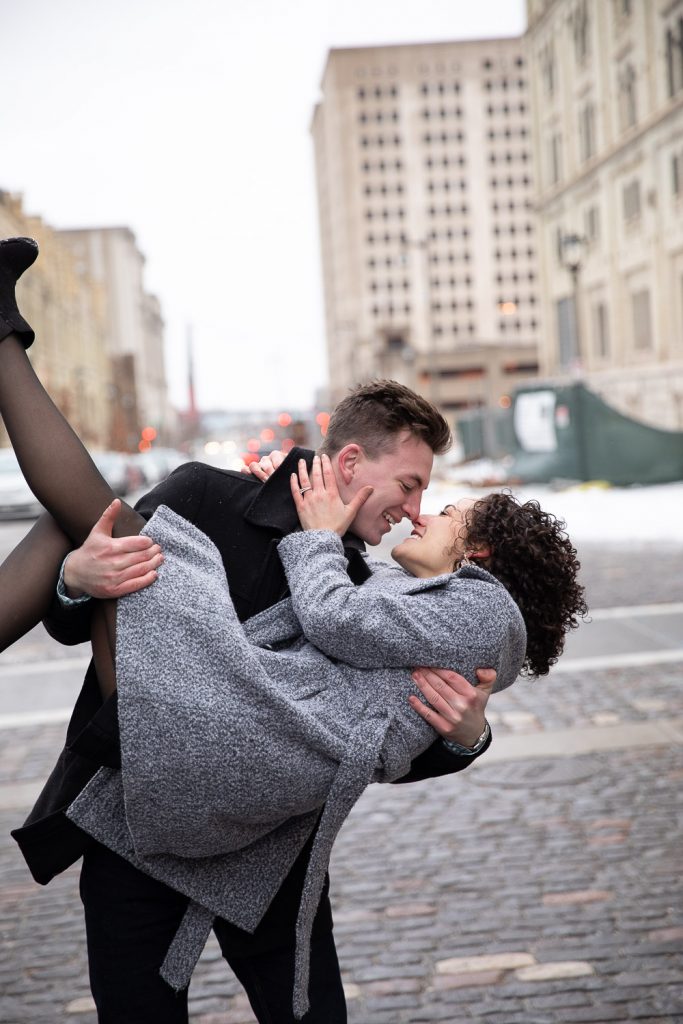 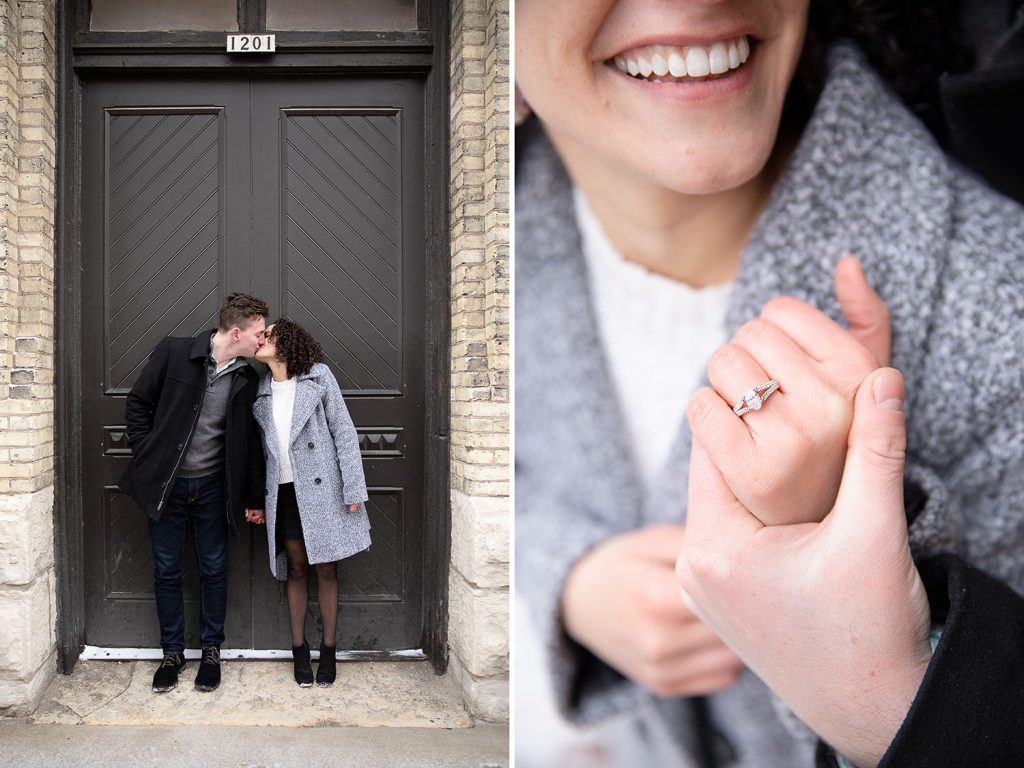 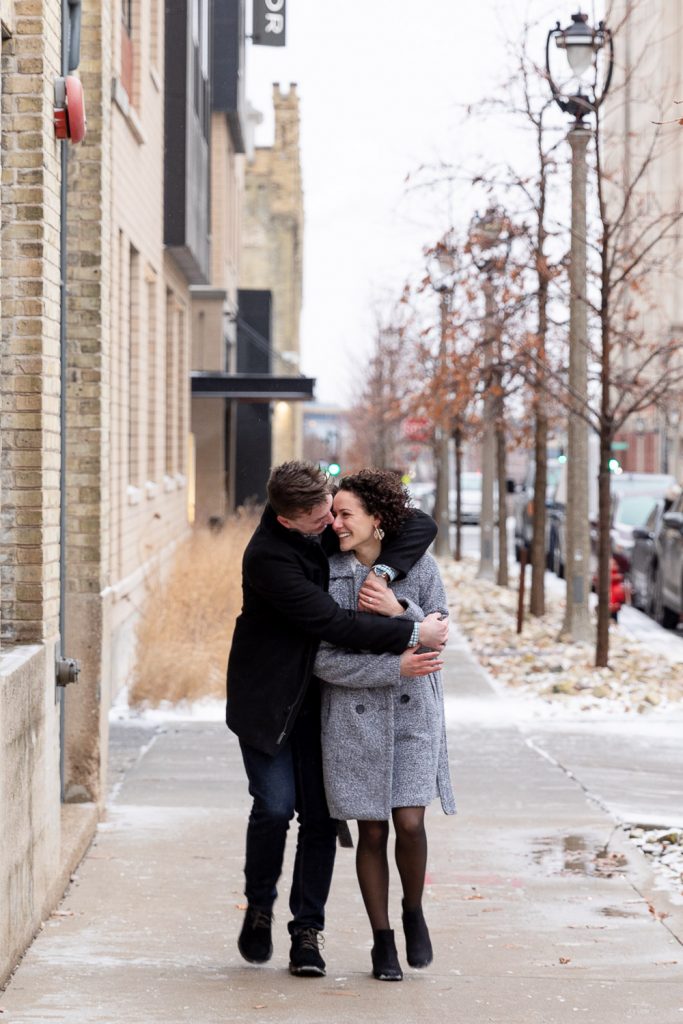 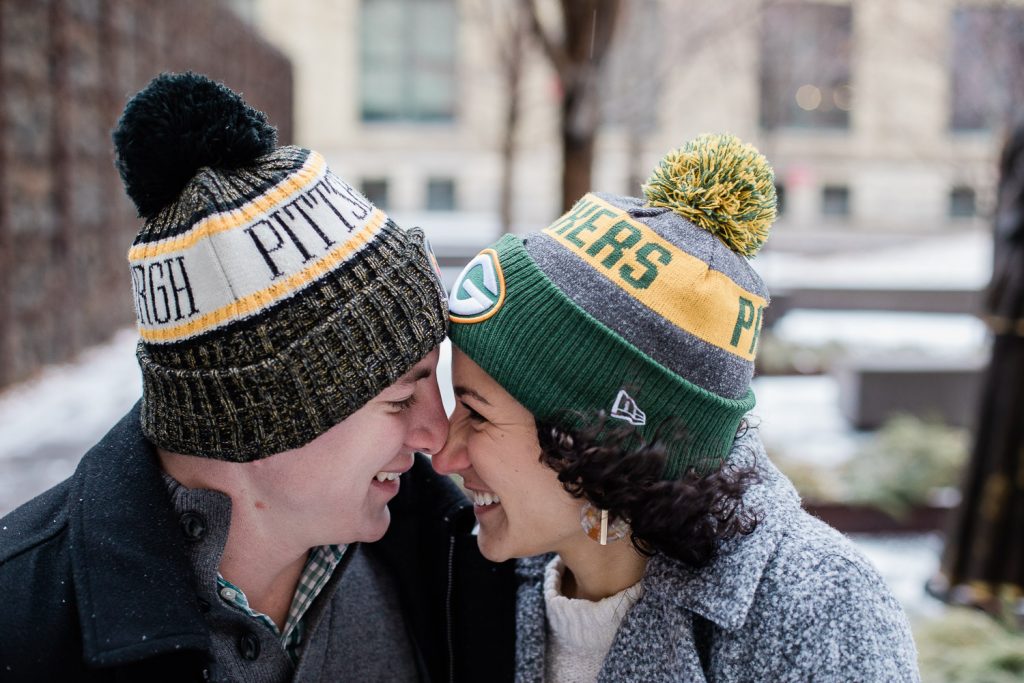 Visit back to this blog after August to see these two again after I photograph THEIR WEDDING DAY! 🙂