Camden is one! At the beginning of February, Grace Creatives Photography visited Cam to help celebrate this big milestone and capture his one-year-old photos (click here to see some of the images from his newborn session last year). 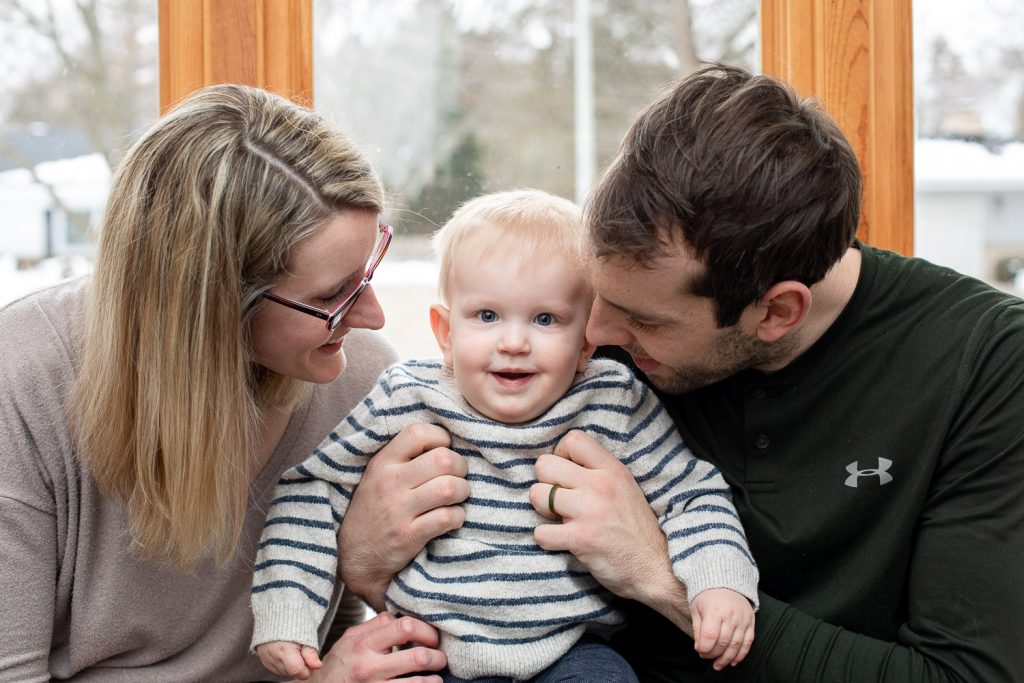 Besides setting up a backdrop and purchasing a giant cake for one person, it was a typical Saturday afternoon in the Schiel household. As a family, they read books, ate some snacks, played with allll the toys, and tried to get the two pups to cooperate. 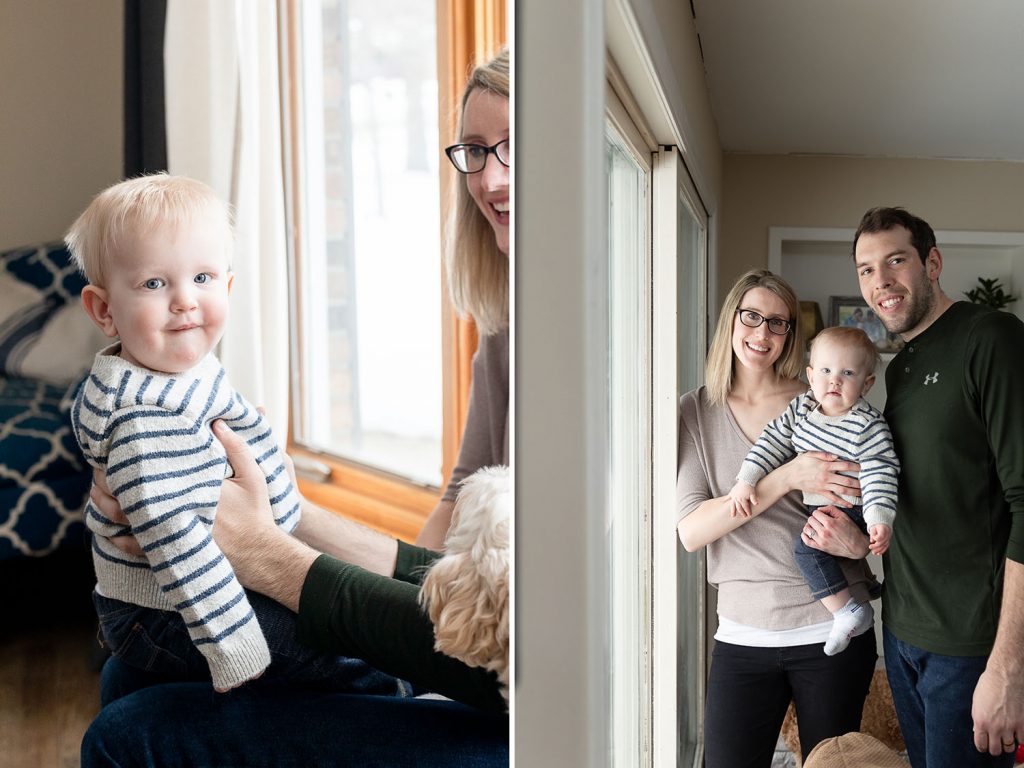 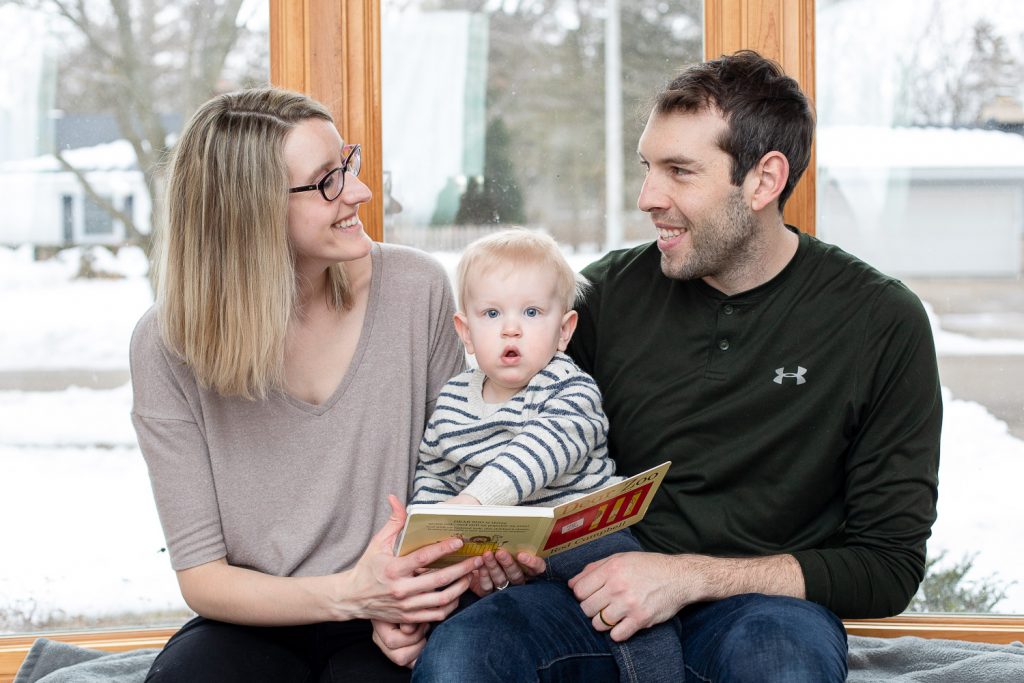 Let me introduce you to one of Camden’s favorite toys: a child-size train that makes noise and lights up! He was so happy and content riding the choo choo around their family room. We were able to capture some of the best pictures of him with this special toy (and help from mom’s funny faces). 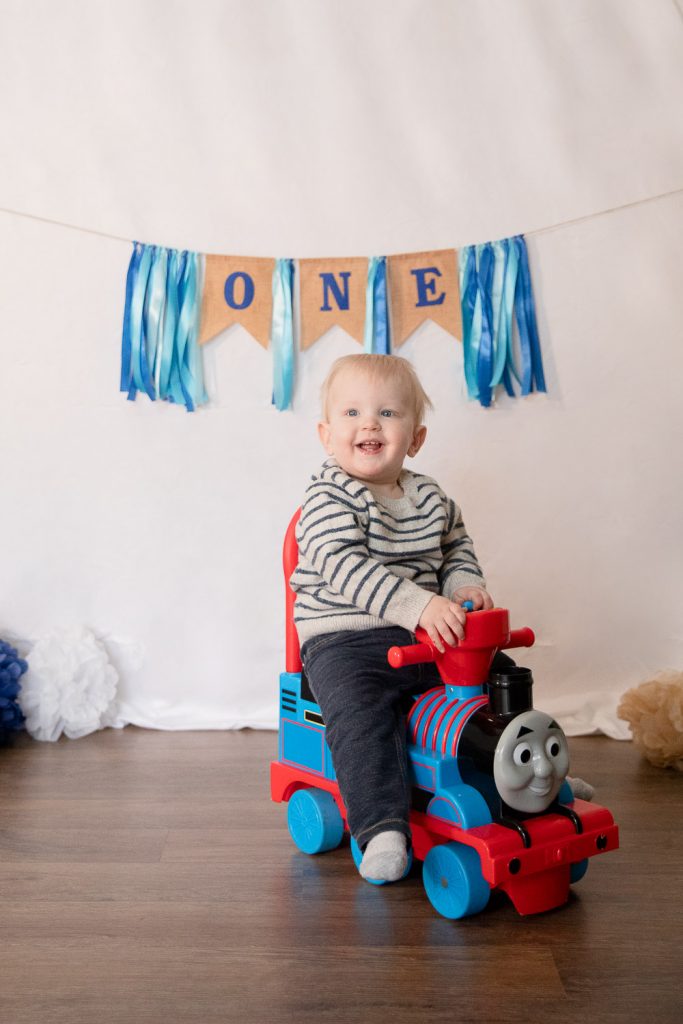 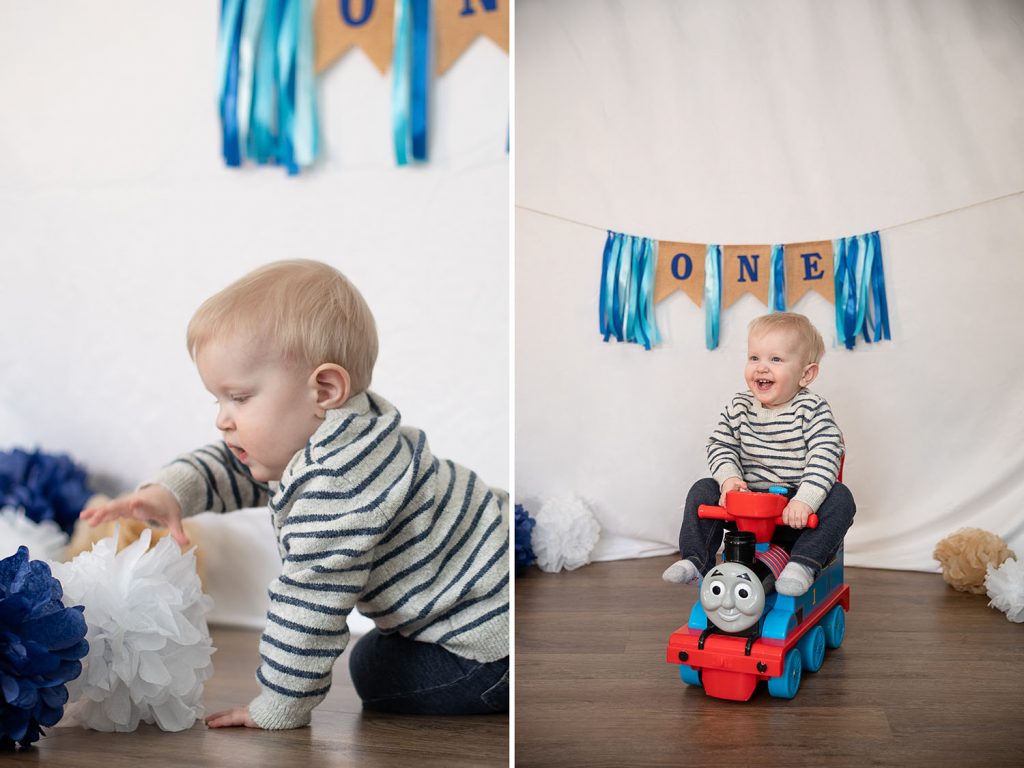 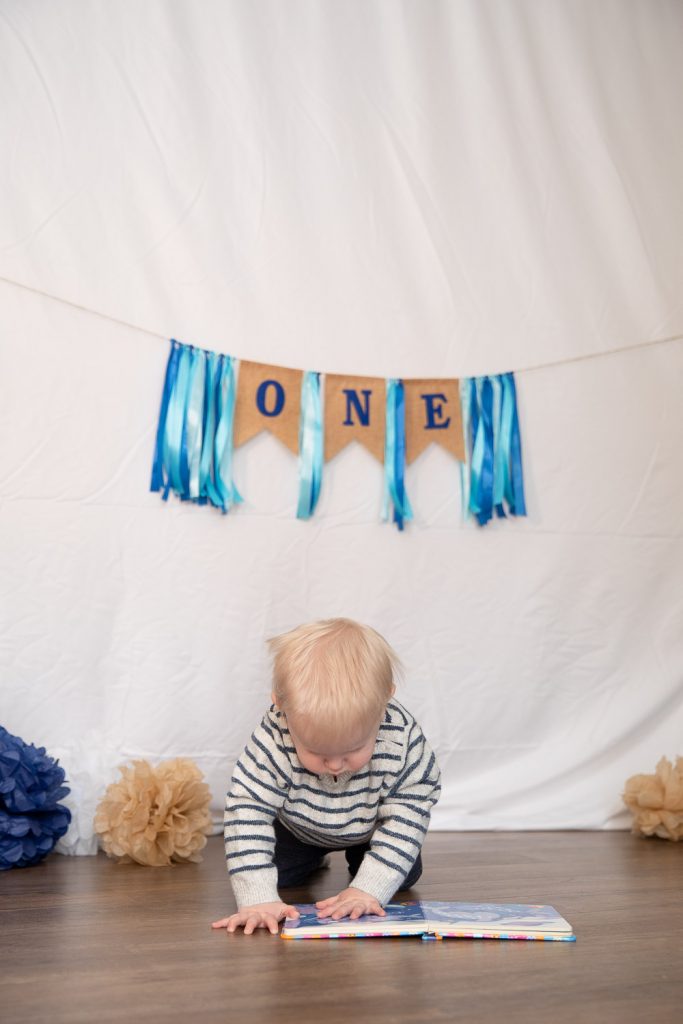 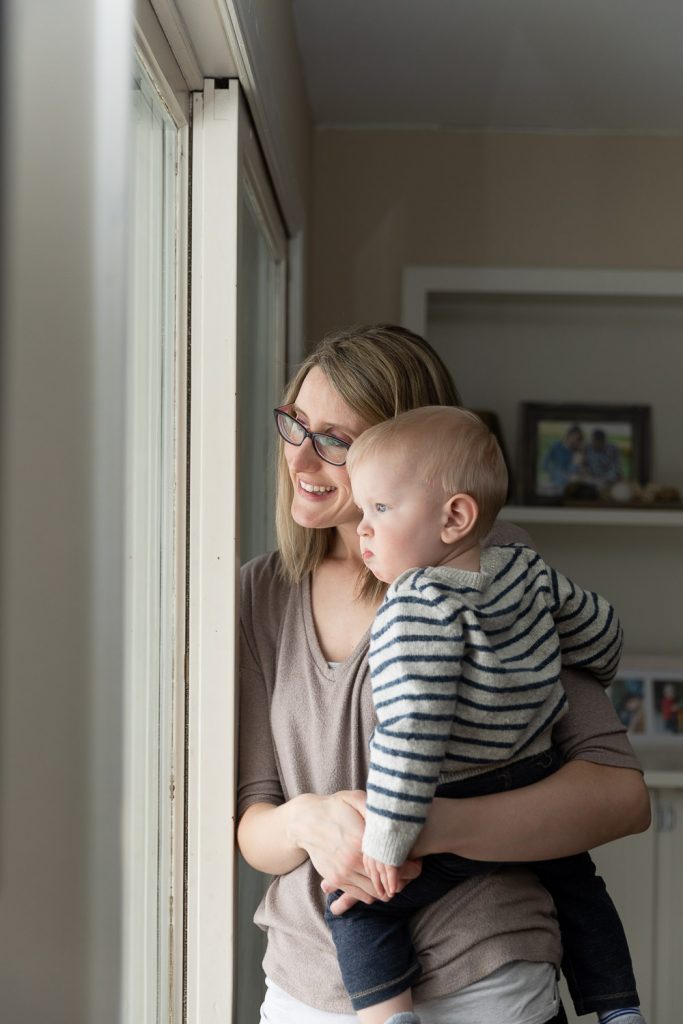 After we put Cam in front of the one-year-old cake, he immediately reached out and grabbed the ‘one’ sign. After pulling it out, he held it up to proudly show mom and dad, haha it was precious. Soon after, he placed one of his hands into the frosting and sprinkles. However, he didn’t immediately place the food into his mouth. After a few minutes of Cam making a mess with his hands and accidently dipping his foot into the side of the cake, he stood up and started to walk away. Dad picked him up and put him back in front of the cake and then mom placed some of the frosting near his mouth. After that, he was hooked! Cam would sweep his hand down, grab a fistful of cake, bring it up to his mouth and chow down. I couldn’t help but giggle at how much he was enjoying it. At the end we had a very messy scene but it was very much worth it. 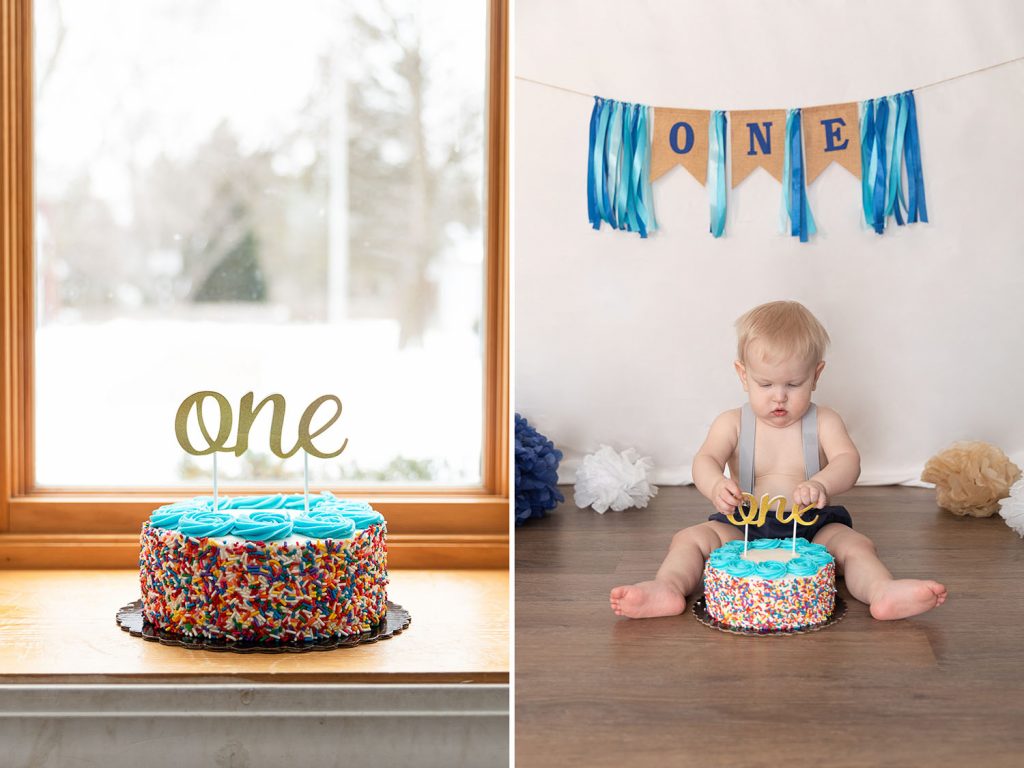 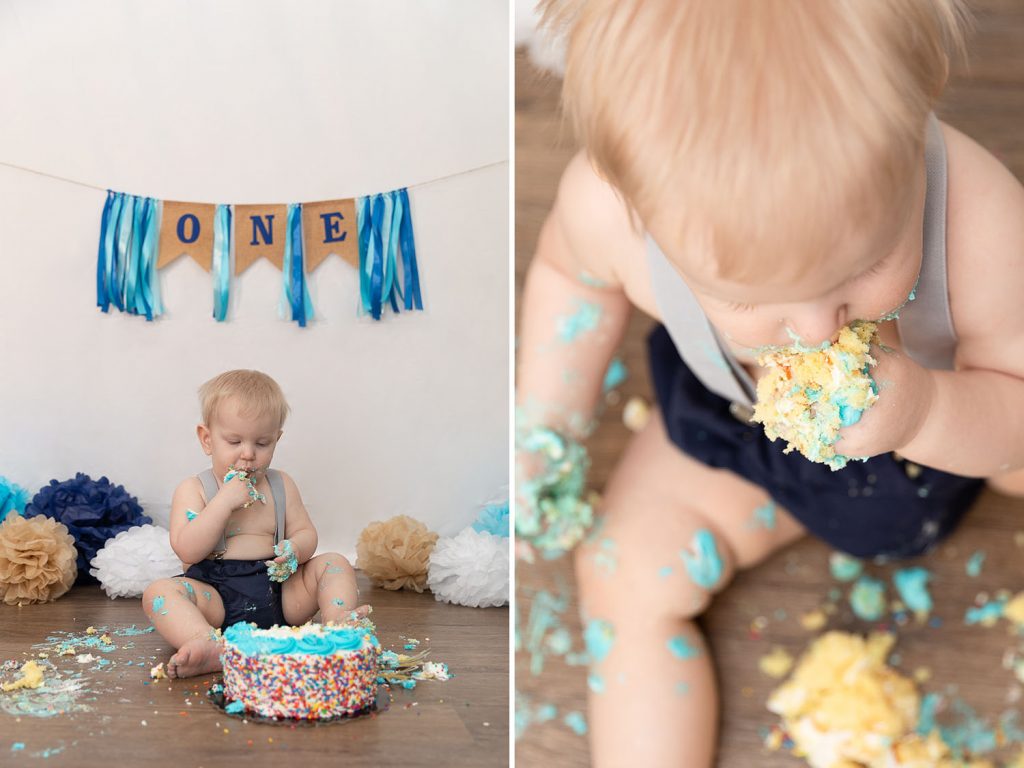 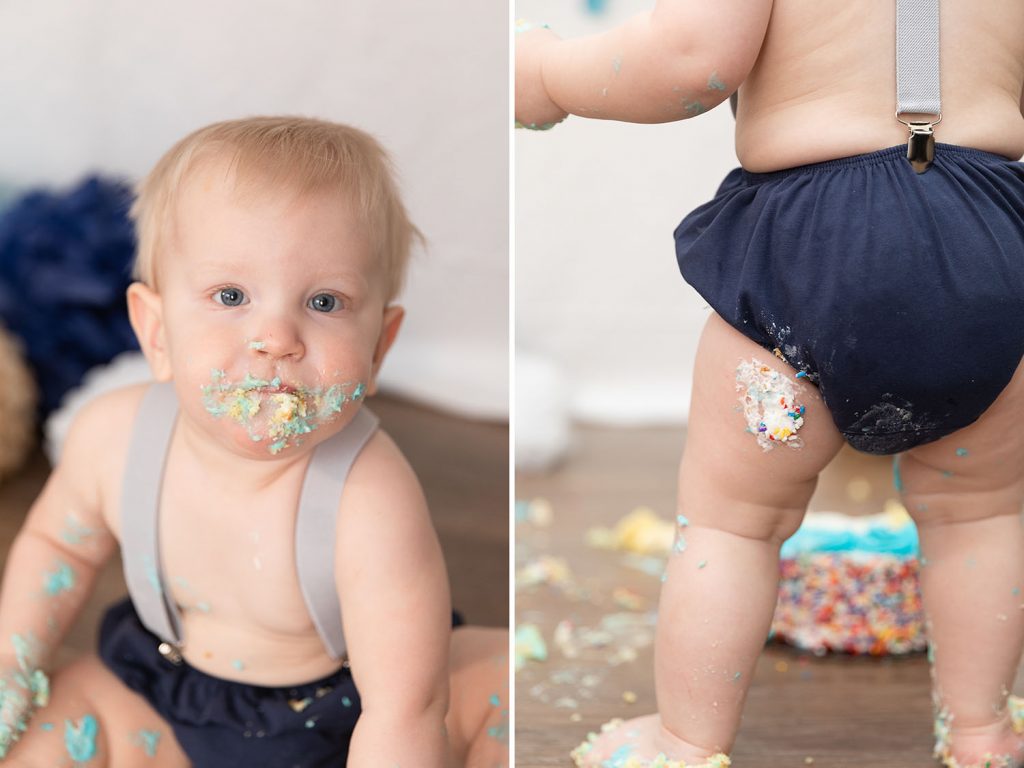 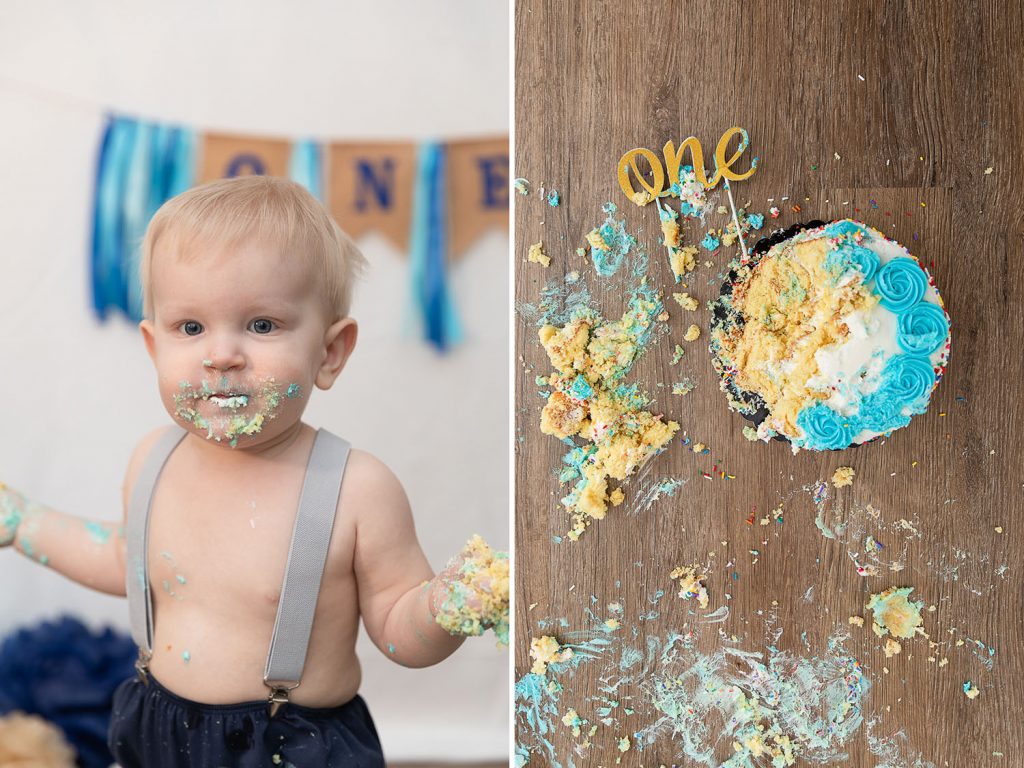 Thank you so much to the Schiels for inviting me back into your home and allowing me to document Cam’s one-year-old photos in Cedarburg!

If you know someone who wants their baby milestones documented, be sure to let Grace Creatives Photography know! I love working with children and making families feel loved.